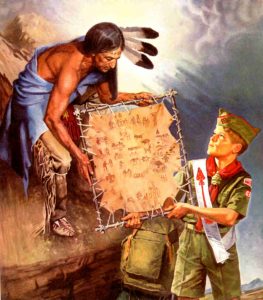 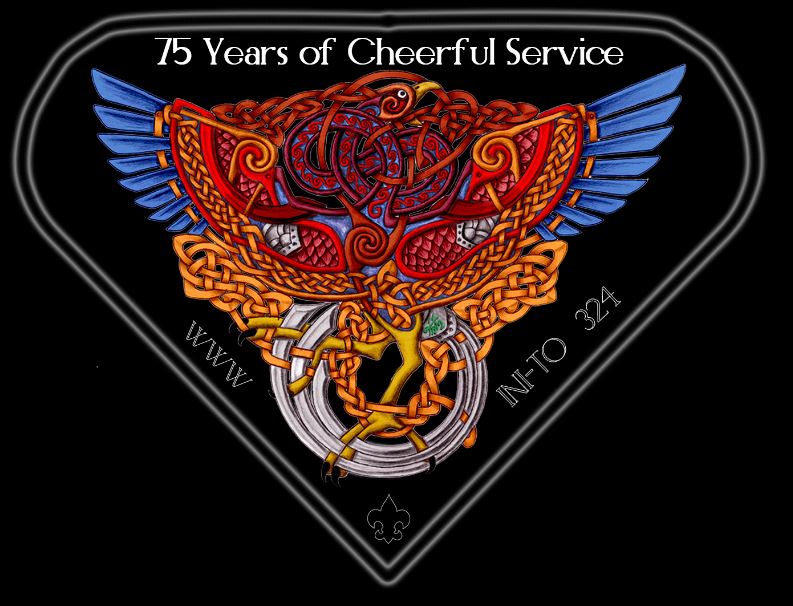 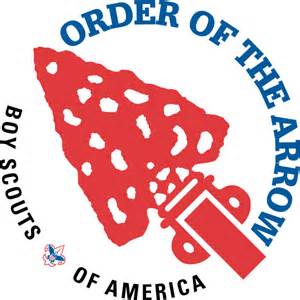 For more than 100 years, the Order of the Arrow (OA) has recognized Scouts and Scouters who best exemplify the Scout Oath and Law in their daily lives. This recognition provides encouragement for others to live these ideals as well. Arrow-men are known for maintaining camping traditions and spirit, promoting year-round and long-term resident camping, developing leaders, and providing cheerful service to others. OA service, activities, adventures, and training for youth and adults are models of quality leadership development and programming that enrich, support, and help to extend Scouting to America’s youth.

Mission
The mission of the Order of the Arrow is to fulfill its purpose as an integral part of the Boy Scouts of America through positive youth leadership under the guidance of selected capable adults.

As Scouting’s National Honor Society, our purpose is to:

Recognize those who best exemplify the Scout Oath and Law in their daily lives and through that recognition cause others to conduct themselves in a way that warrants similar recognition.
Promote camping, responsible outdoor adventure, and environmental stewardship as essential components of every Scout’s experience, in the unit, year-round, and in summer camp.
Develop leaders with the willingness, character, spirit and ability to advance the activities of their units, our Brotherhood, Scouting, and ultimately our nation.
Crystallize the Scout habit of helpfulness into a life purpose of leadership in cheerful service to others. 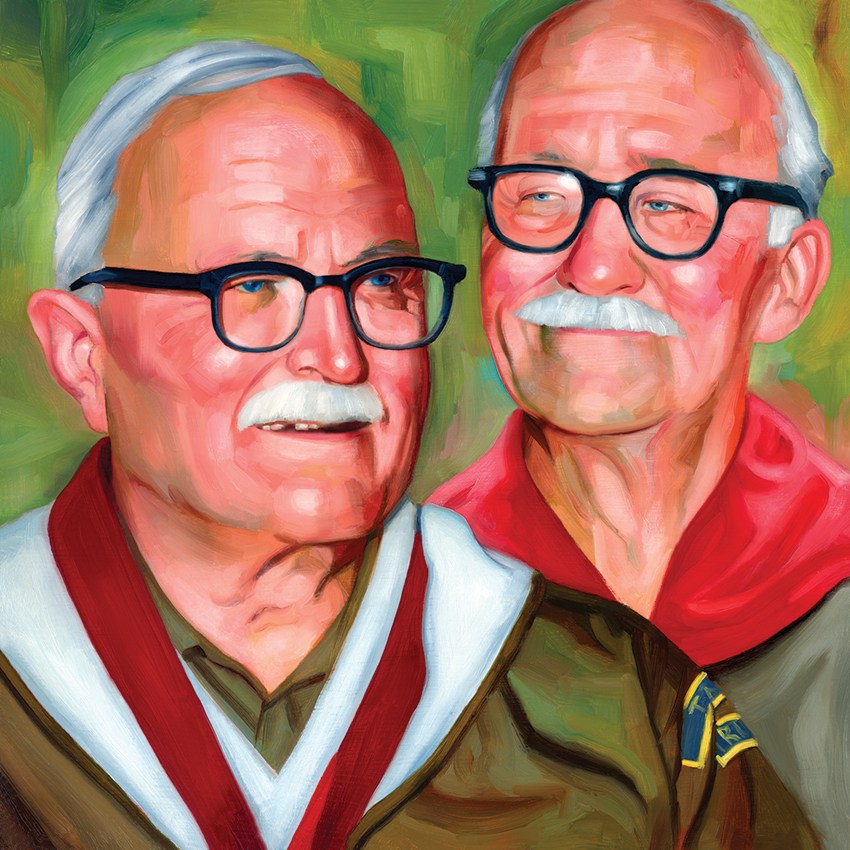 The Order of the Arrow was founded by Dr. E. Urner Goodman and Carroll A. Edson in 1915 at the Treasure Island Camp of the Philadelphia Council, Boy Scouts of America. It became an official program experiment in 1922 and was approved as part of the Scouting program in 1934. In 1948 the OA, recognized as the BSA’s national brotherhood of honor campers, became an official part of the Boy Scouts of America. In 1998, the Order of the Arrow became recognized as Scouting’s National Honor Society when it expanded its reach beyond camping to include a greater focus on leadership development, membership extension, adventurous programming, and broader service to Scouting and the community. Today, its service, activities, adventures, and training for youth and adults, are models of quality leadership development and programming that enrich, support, and help extend Scouting to America’s youth.

The OA has over 171,000 members in lodges affiliated with more than 290 local BSA councils.

Click here to see the excitement of an OA Concave. See our very own Scouts of Troop 2193 having a blast

The Order of the Arrow membership requirements are:

Unit leader approval. To become eligible for election, a Boy Scout or Varsity Scout must be registered with the Boy Scouts of America and have the approval of his unit leader prior to the election. The unit leader must certify his Scout spirit (i.e., his adherence to the Scout Oath and Law and active participation in unit activities). The unit leader must also certify that the nominee meets all specified requirements at the time of this annual election.

After registration with a troop or team, have experienced 15 days and nights of Boy Scout camping during the two-year period prior to the election. The 15 days and nights must include one, but no more than one, long-term camp consisting of six consecutive days and five nights of resident camping, approved and under the auspices and standards of the Boy Scouts of America. The balance of the camping must be overnight, weekend, or other short-term camps.

Candidates for youth membership shall be elected by other youth members in accordance with policies set forth by the national Order of the Arrow committee.

The induction process, called the Ordeal, is the first step toward full membership in the Order. Upon completion of the Ordeal and its ceremony, the member is expected to strengthen his involvement in the unit and encourage Scout camping.

After 10 months of service as an Ordeal member and after fulfilling certain requirements, a member may take part in the Brotherhood ceremony, which places further emphasis on the ideals of Scouting and the Order. Completion of this ceremony signifies full membership in the Order of the Arrow.

After two years of exceptional service as a Brotherhood member, and with the approval of the national Order of the Arrow committee, a youth or adult Arrowman may be recognized with the Vigil Honor for their distinguished contributions to their lodge, the Order of the Arrow, Scouting, or their Scout camp. This honor is bestowed by special selection and is limited to one Arrowman for every 50 members registered with the lodge each year.